Still as it turns out, last weekend we ended up with a full house of guests to test out whether we’d remembered how to make beds and cook a delicious breakfast. As luck would have it, it seems we managed to pull off a pretty good impression of a high quality bed and breakfast – which is just as well, as that’s what we advertise ourselves as.

You can tell the guests below are enjoying themselves by the size of the Crunchy-Nut-Cornflakes-Mountain the kids have created. 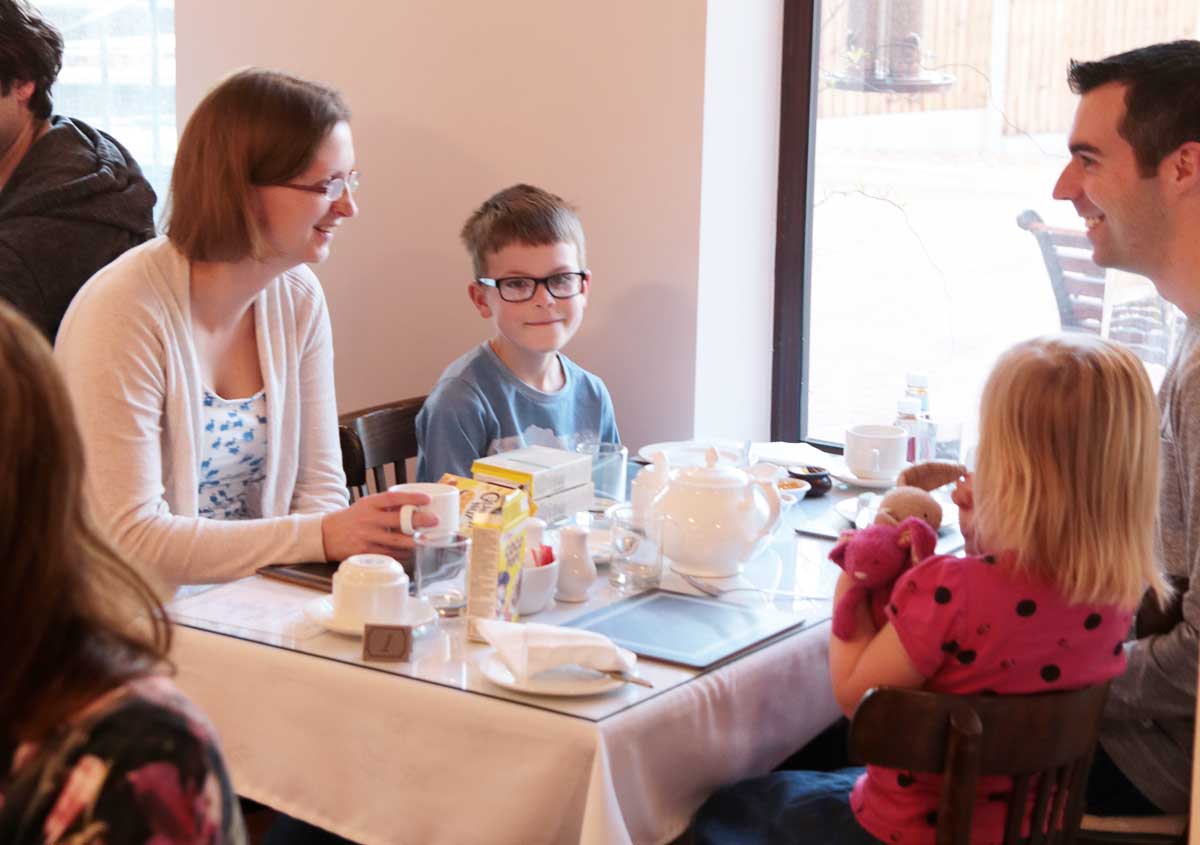 If you’re interested, you can view some of our recent reviews on Trip Advisor by clicking on the clicky button thing below.

One of the main things we’ve been looking forward to over the last few months, is a chance to replant all the trees, bushes and shrubs that were either destroyed by the landslide or trampled to death by the SR30.

The main problem of course, with deciding to engage a landscape gardener in April, is that all the good ones are too busy to even quote for a large job like ours. Luckily, having a relatively high profile in our local area (thanks to the TV, radio and the like), means that lovely people pop out of nowhere to help you out. As we speak, a local gardening expert has volunteered to take our project on board, working evenings and weekends to fit us in around his normal work.
Photos will appear in due course, but in the meantime the MIBs have been attempting to return the Farmer’s field back to its original contours, rather than the ones thrust upon it by the movement of a few gazillion tons on Staffordshire hillside. 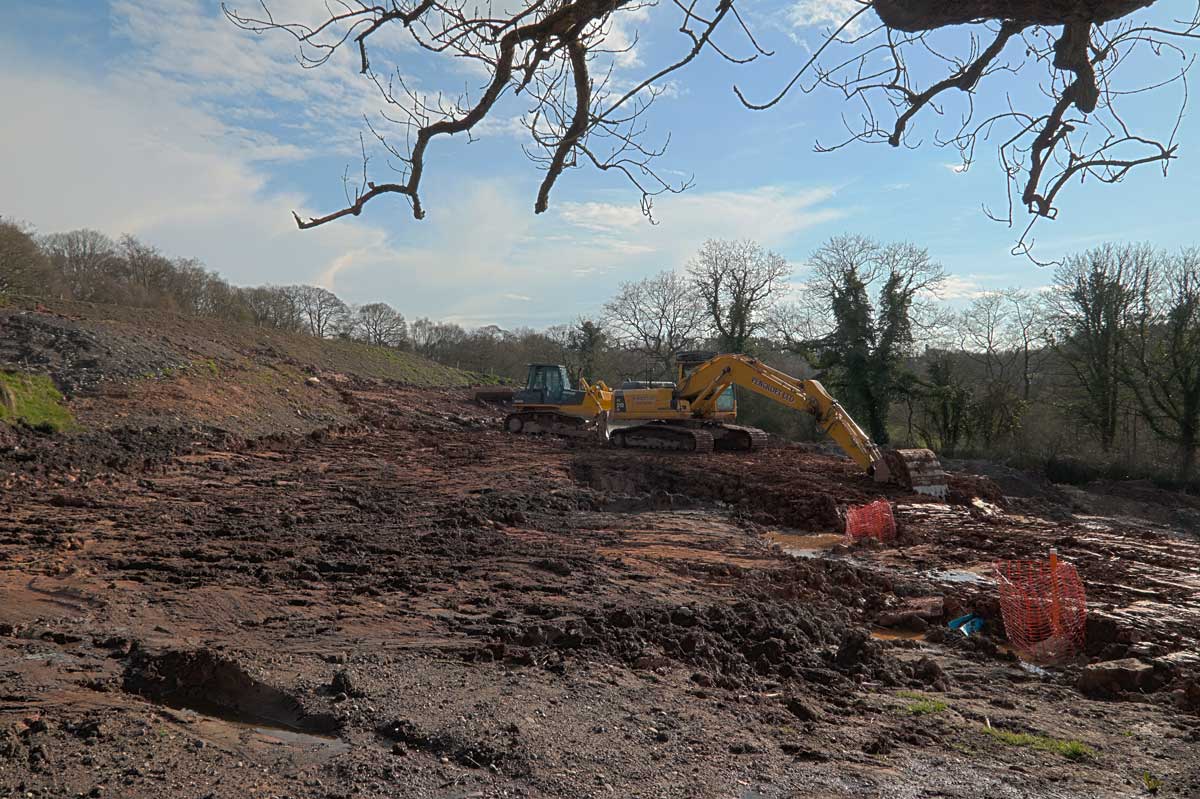 Yesterday saw the arrival of the guys from The Window Repair Centre in Cheadle. Our intrepid duo have been scurrying up and down ladders in an effort to turn our slightly tired soffits and bargeboards into something more akin to UPVC nirvana, although don’t ask us which is the soffit and which is the bargeboard as we can never remember! 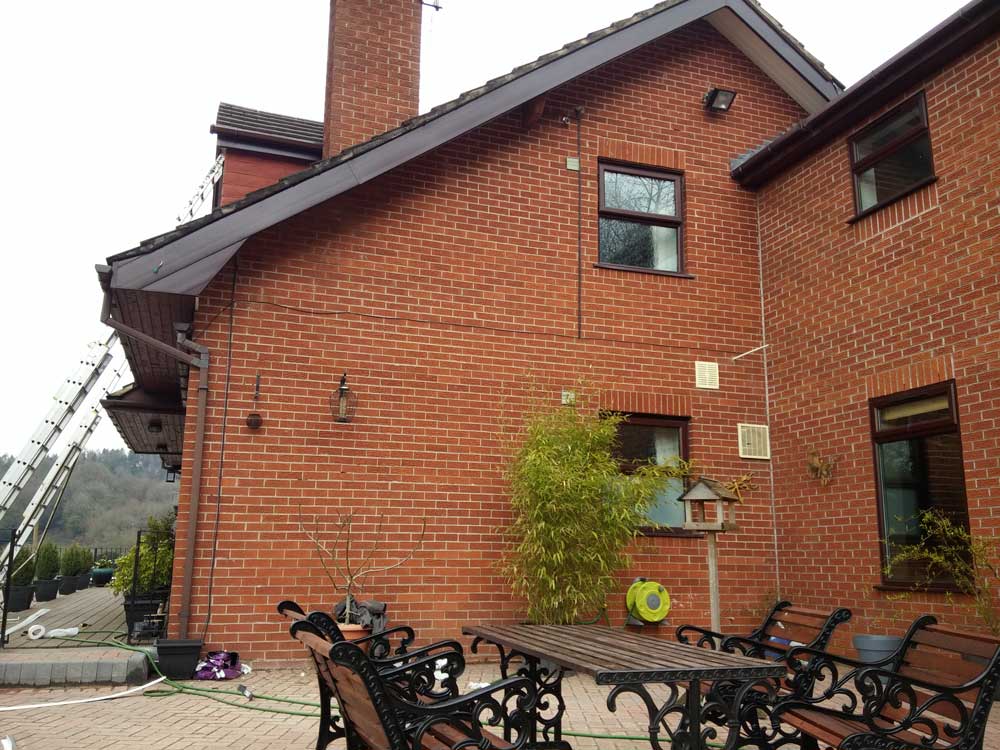 Lastly, a quick reminder that our April competition allows you to win FREE TICKETS to A Day at the Lake on Saturday 30th April.

To celebrate our re-launch we’ve created a new logo to adorn various bits of promotional material.
To kick this off, we’ve commissioned a local company called Phoenix Engravers to make our new room keyfobs, which will include our new logo, room number and phone number on a nice contemporary light green acrylic.
The new fobs, apart from looking pretty are designed to be small enough to allow our guests to place them into pockets and/or handbags, but large enough to remind them to return the keys to us at the end of their stay. 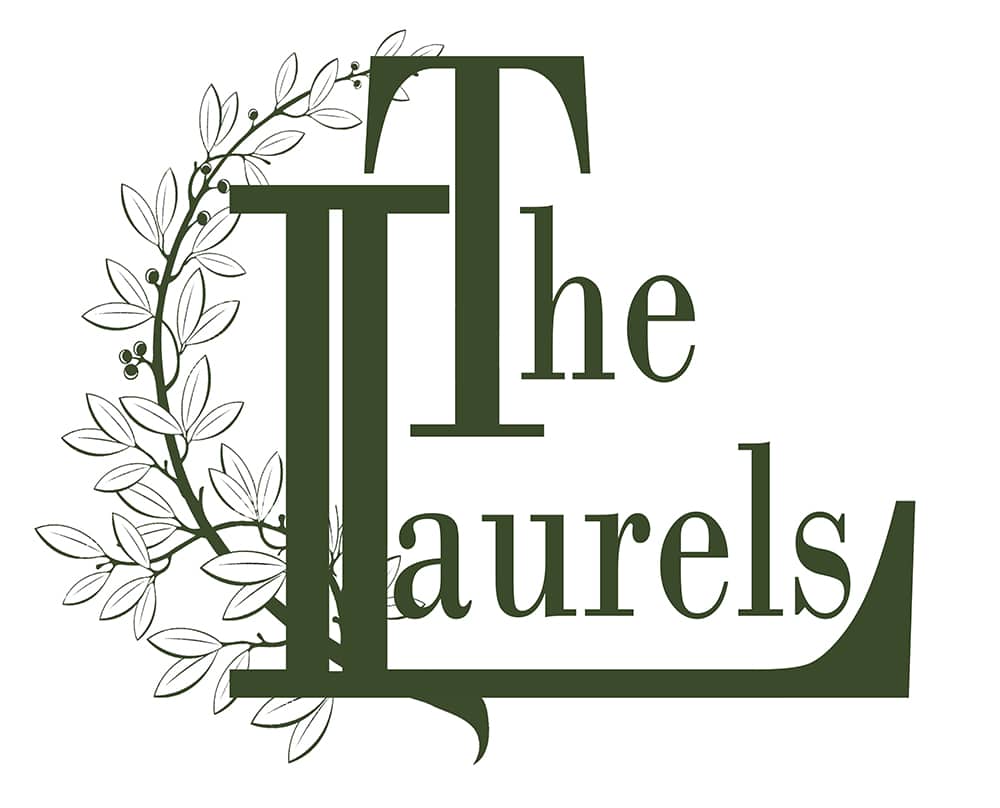 Apart from poncing about in front of the PC creating logos, we’ve also been busy working outside.
You may remember that our rear bank has been deconstructed and then rebuilt again using a large amount of rock, steel and mesh. Unfortunately, this had left it looking a little bereft of colour and natural appeal. To rectify this, we’d planned on planting a large number of climbers and ground cover plants to cheers things up, reduce soil erosion and encourage the local wildlife. This is all very well, but until recently the lack of topsoil had left it as appealing to a Clematis as Ghandi’s flip flop would to a thirsty man.

With this in mind, we ordered a few tonnes of topsoil to enable us to plant our future gardens of Babylon(ish).
As luck would have it, I was up and around when a large lorry turned up at the end of the drive carrying a number of one tonne bags containing the elixir of life for all things green and growy.
I greeted the driver with a cheery smile and asked him to reverse up the drive and deposit the bags on the bank above our car park. It turns out I’d have been greeted with a more positive reply if I’d have asked for the phone number of the local Paedophile Society. “We only do kerbside delivery” said the surly driver. “Where do you want me to put it?”
I refrained from describing a location that’s normally only investigated by a proctologist investigating an enlarged Prostate, but simply suggested that If we’d wanted to carry the stuff up our drive, up some steps, over a wall, across our garden and around the back of our property, we wouldn’t have ordered it in easy-to-crane-into-position-bags.
TopSoil Man remained unmoved and simply repeated his mantra of “We only deliver to kerbside” and duly plonked it at the end of our drive. So, if you’re in the market for topsoil, or anything else that comes in bags weighing around one metric tonne, I shouldn’t bother using B&Q unless you want to spend a couple of sweaty hours lugging it around in a wheelbarrow and some buckets.

In other news, we’ve also had the Fencers back to replace the posts and panels that used to separate us from the adjacent field. This is good in a way, as it replaces one of the last bits of infrastructure that had been destroyed by the landslide. On the other hand, it’s placed a visual barrier in the way of what we’d started to consider to be part of ‘our place’.

As part of our continuing Search Out Staffs (#searchoutstaffs) campaign we’re giving away another prize. This time for Search Out History.
As a prelude to Staffordshire Day on 1st May, Wild Rumpus are presenting A Day At The Lake.
For that one weekend in May they will reimagine the Rudyard Lake of the late 1800’s. They aim to celebrate and explore some of the stories of the Lake in its heyday and invite visitors to cutting edge spectacles and incredible feats. They will bring to life breathtaking stories, recreating the historic tight-rope walk that took place there and entertain audiences with brass bands, vintage fairgrounds, tea dances and theatrical acts.

For guest booking a stay with us for two nights or more, encompassing Saturday 30th April, we will be running a competition to give away two FREE tickets to the Day at the Lake event.

Winners of the tickets will be notified by Wednesday 20th April.