Kingfishers and the Caldon Canal

This sounds like a bit of a QI question, but did you know Kingfisher feathers are actually brown in colour and not blue?
Their vivid colour is actually iridescence, not pigment – the pigment is brown. Interference between different wavelengths of light reflected from different layers of the feathers produces blues, greens and oranges. The feathers on the bird’s back can seem blue or green depending on the angle at which they are viewed. 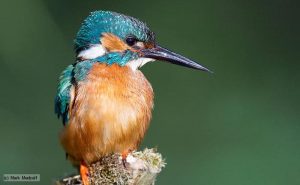 Whatever the science, they sure look blue when you see one. Which is exactly what we did today.
Having decided on a stroll down the Caldon Canal, just 10 minutes from The Laurels, we were treated to several sightings of this elusive bird amongst the browns, oranges and yellows of autumn leaves. 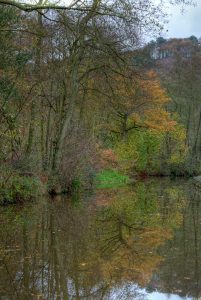 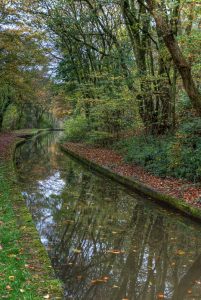 The Caldon Canal opened in 1779 to carry Peak District limestone, from the quarries at Cauldon Low, down to the Potteries and the industrial Midlands.
Bizarrely enough narrowboats were used to transport pottery along the canal, even from one part of a factory to another. At the time, road transport was ruled out as too bumpy and likely to cause the pottery to break.


Whilst we were wandering along the water’s edge, by a very small potters cottage, we were met by the yapping of a small dog. Normally we’re less than impressed by these undersized canines, but this little chappie turned out to have some real charm. 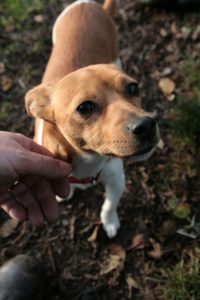 So much so, in fact – after forgetting all about yapping at us and greeting us with a very waggy tail, Helen was all for picking him up and taking him home!
Fortunately for him, or us I’m not sure, he decided that following us on our walk wasn’t a wise idea and returned to his proper home.

Given this was going to be an up and back walk and not one of our preferred circular jobbies, we happened across the little fellow again on our way back. This time he skipped the yapping and went straight for the waggy tail, leading to the real danger of him being abducted by a passing mad woman. Luckily said madwoman was led off by a slightly less mad man, without a cute canine tucked under her arm.

As the clocks had recently gone back, it had started to get quite dim, as we retraced our steps back to the car, providing us with a strangely mottled sky with which to enjoy the assembled narrowboats, moored up alongside the towpath. 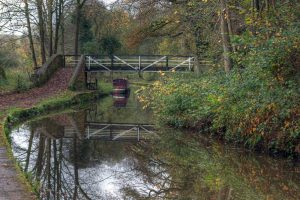 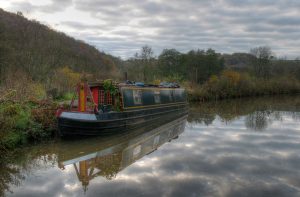