Insurance companies have got a lot to answer for. Yet, sometimes they do things that are quite extraordinary.
Take Compare The Meerkat dot com, the insurance comparison site, for instance. Without insurance companies, they simply wouldn’t exist. And, what’s more, it’s to the benefit of (nearly) all of us too.

The intrepid people at Compare The Meerkat (CTM) clearly saw a gap in the market when they decided to invent a new mammal to advertise their service.
They obviously needed to take the best of the existing selection of cute animals, but then genetically modify them into a new species that would be irresistibly cute. Clearly, once they’d mixed the best bits of kittens, baby mice and puppies in a test tube, they needed to come up with a new name for this super cute animal.
Following an intensive brainstorming session, with some very expensive marketing gurus, they must have thought – why don’t we just name it after our own company?

So there you have it. The invention of the Meerkat. Simples!

Luckily for us, CTM.com had bred so many of these new-fangled Meerkats, they had dozens of them wandering all over the place, so decided to send lots of them off to live in zoos where children (and adults) of all ages could coo over them.
And so began our trip to Hoo Farm to enjoy a ‘close up experience’ with some Meerkats. 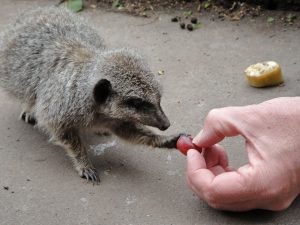 From our experience, at Hoo Farm, it appears the boffins at CTM.com had bred three types of Meerkat. Possibly part of a cuteness factor trial, because they have all three types.

Type 1 was probably the first iteration of the breed, as they’re so ferocious we weren’t even allowed to go in with them. Let alone feed or pet them.
Type 2 were the first ones we were allowed in with. These are undoubtedly cute and a step forwards in breed perfection, but they won’t allow you to stroke and cuddle them. Clearly, having a small child’s nose removed by an overly nippy Meerkat is an inconvenience, and could be considered a significant downside. 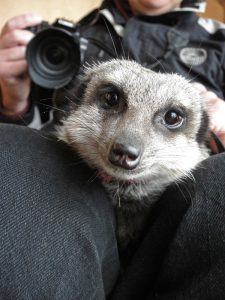 As an experiment, we were given grapes and tomatoes to feed them with, but it’s clear if you upset these Type 2 Meerkats, they could turn ugly in a second and start demanding that we “get that camera outa my face!” 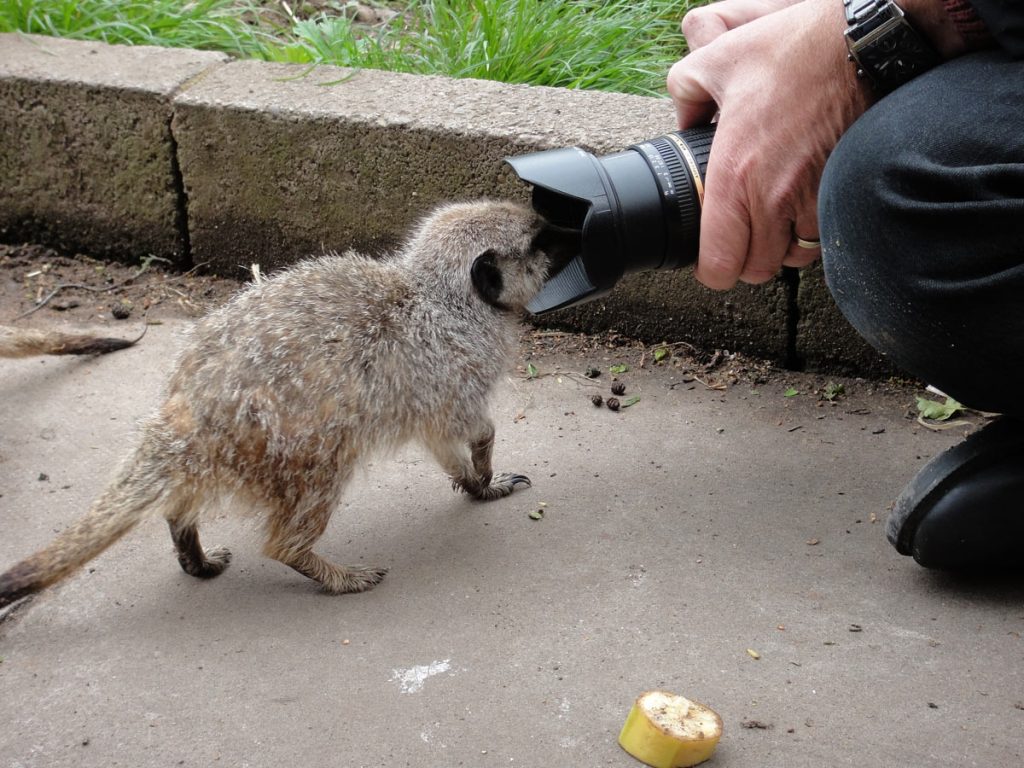 Having been given a very interesting and entertaining introduction to the Type 2s by the young keeper, we moved on to the final iteration of the breed. The Type 3 Meerkat.

These are clearly the pinnacle of genetic engineering and tick every cutesy, cuddly box there is.
We were presented to two of the loveliest little creatures you could imagine. We can’t remember their names, but they were definitely of African origin, rather than the Russian speaking ones we had expected. Perhaps this was a condition of the Meerkat Protection Scheme.

Here are a few photos to prove what a great job CTM.com have done in creating such adorable creatures. 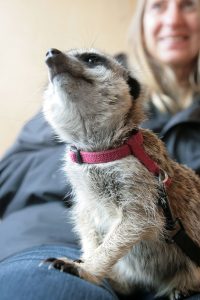 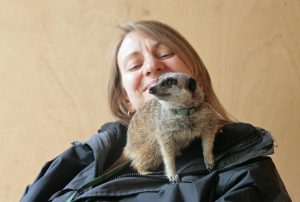 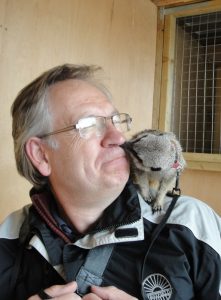 This one even comes with the patented “Nasal hair removal” upgrade. 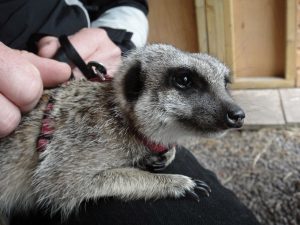 We do have a suspicion, however, that the genetic tinkering is still going on in laboratories around Staffordshire. This one would appear to have been developed to search for drugs hidden about humans’ bodies. 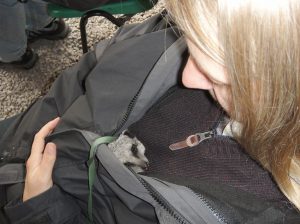 All in all, a great day if you like cute, furry animals.

← Family Room for 5 Near Alton Towers ← The Churnet Valley Railway!