December 11th 2013
After a few weeks, post-season lazing around the pool on holiday, the refurb of the reception area loo started today. The venerable Royal Dalton porcelain was somewhat past its sell by date, (The 80s, although a splendid decade, was an awful long time ago now) so just had to go. 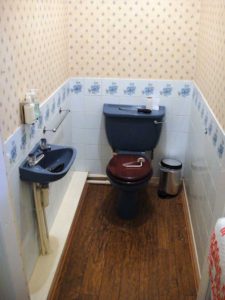 As it appears the original tiles were put on with the ‘dab and splat’ method, they came off nice and easily 🙂 Having said that, it’s amazing how many tiles it actually takes to cover a relatively small area! 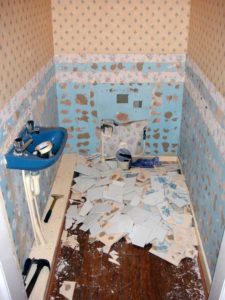 The only thing I’ve got to do now is freeze the pipes, to remove the sink, as they didn’t have any isolation valves 🙁