22nd September 2014
Fairies – They’re a complex bunch and are generally described as human in appearance and having magical powers. Their origins, however, are less clear, being variously described as dead, or some form of demon, or a species completely independent of humans or angels.
Some folklorists have even suggested that their actual origin lies in a conquered race living in hiding, or in religious beliefs that lost currency with the advent of Christianity.
More worryingly, they’re also known as Siths, which is likely to worry Thewe3 Jedi somewhat.

Whatever the truth (if there is one) The Trentham Estate, just down the road from us, is the home of a large number of them. 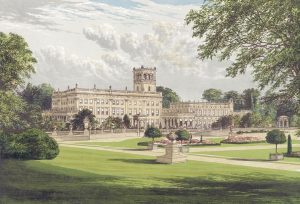 Although the Hall doesn’t quite look this any more, a gentle stroll around the gardens will, if you keep your eyes open, reveal at least 15 of these bewinged creatures, lovingly constructed from stainless steel wire. 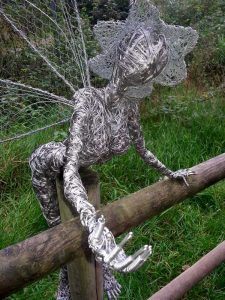 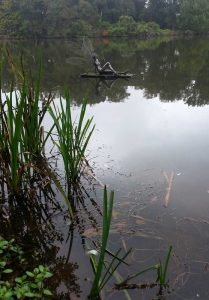 Incidentally, the artist, who creates these amazing creatures, lives in our beautiful village of Oakamoor, where you can see some of his creations adorning the chimneys of various properties, including ours – and all for free!

We’re off on holiday tomorrow, so we’re leaving the Oldies in charge again. Given that nothing untoward happened last time, we’ll probably let them stay up late, as long as they promise not to have a rave whilst we’re sunning ourselves in Cyprus 😉

21st September 2014
You’d be forgiven for thinking, as we haven’t mentioned it much, that all our landslip woes have been wrapped up in a nice pretty pink bow and consigned to history.
Unfortunately, some 10 months on from the initial signs that things were going south, no work has actually taken place to rectify things here.
According to the latest plan, the work to install the ‎french drain, in the adjacent field, is due to start any day now. We don’t know what day, but any day in September is fine by us.

According to The Boffins, this will be closely followed by putting some engineering fill in the hole excavated by the builders. I’m pretty sure that’s what they said anyway because, given my background, one could get the impression they were taking the michael if they’d actually said, Engineering Phil.

Following the installation of poor old ‘Phil’ in the hole, sometime around January 2015, 68 piles are going to be placed around the perimeter of The Laurels. These concrete columns will be 75cm in diameter and about 12 Metres deep with a concrete beam across the top, joining them up. 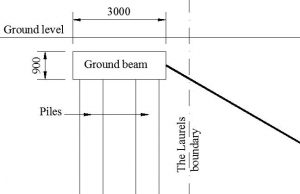 They’ll then be anchored into the ground via a large cable which, at some points, will be in the farmer’s field. This goes some way to explaining the extended time frame, as planning permission has to be gained before the farmer can have the drainage in his field improved and for us to install some steel cable under the ground where they’ll never be seen by the grazing cows above.

In the meantime, we’ve been advised our rear wall and the bank behind it, although not subject to any landslide or other unusual forces, has come under the microscope by our insurers.
It would seem things still have a long way to run before they could be considered hunky-dory.
Those of you, like us, that are intrigued by the derivation of such phrases may be disappointed by the fact that hunky-dory used to be known as hunkum dunkum.

7th September 2014
One of the many things we love about living in a small village is that they still do small village type things.
The annual Oakamoor Village Festival took place again this weekend and, as we’re having an enforced rest, decided to enjoy the festivities.

Friday night saw us attend the Murder Mystery play in the village hall. The local thespians did their best to put us off the trail of the real murderer by adopting names like Lance Boyle, Emma Royde and (my personal favourite) Tess Tykell, but unlike some Agatha Christie plays you actually had a chance of working out who did it. Well, some people could – we didn’t have a clue.

Saturday morning saw us in the village hall entering our wares in a couple of competition categories. Helen opted for the Six Dessert Apples class – displaying the best match of those she’d plucked off the tree just 30 minutes earlier. Meanwhile, I weighed in with a photo of the village to see if I could luck in with a prize.
Secretly we’d hoped to enter category 13 – A Lettuce, but the only one we had to hand was one from Morrisons, which is probably cheating, and I’d already destroyed its good looks by putting some of it in a sandwich.

In the afternoon we happened across a rather large hog who’d sacrificed himself to the flames, in the garden of The Lord Nelson public house.
Having pigged out on that (sorry!) we returned to the village hall to discover we’d actually had some success in our chosen categories. 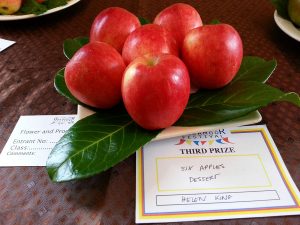 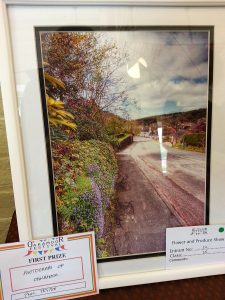 After our success of the day before, we smugly returned to The Park, Sunday morning to visit the dog show.
What can I say? There were lots of dogs….. 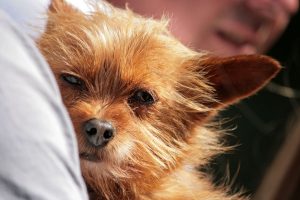 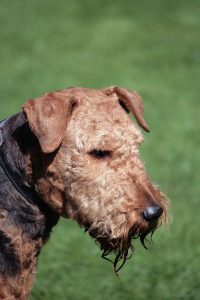 …. although I was slightly confused by the fancy dress category, in which a dog was dressed up as Sherlock Holmes.

All of which leads us to the main event of the weekend (well, in my mind anyway). The raft race! 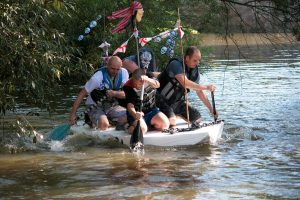 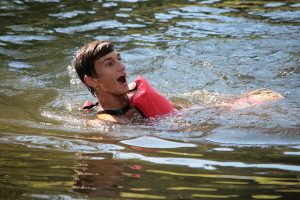 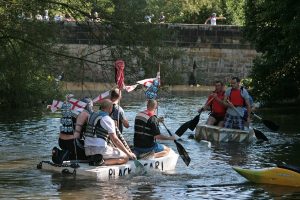 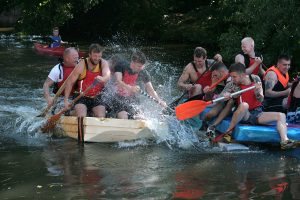 I have to say we probably weren’t expecting the ramming, sabotage or egg-throwing, but hey, that’s why we love living in Oakamoor 🙂