Some of you may know that JCB (of yellow digger fame) are based just up the road from us. If you’ve driven to Alton Towers via Rocester, the chances are you’ve passed their World Headquarters – a huge shed-like building with very picturesque lakes out front.
Joseph Cyril Bamford (well what did you expect JCB to stand for?) was an extremely interesting bloke. The family-owned Bamfords Ltd, an agricultural engineering business, but after attending college, he actually joined a machine-tool manufacturer company and went on to represent the firm in Ghana.

On return home in 1944, he initially worked for English Electric developing electric welding equipment in Stafford. After selling Brylcreem for a short while, Joseph rented a 10 ft by 15 ft lock-up garage for 30 shillings a week (that’s £1.50 if I remember back to my pre-decimalisation days correctly), and made a farm trailer from scrap steel and war surplus Jeep axles, using a welder bought for £2.50. He opened for business on the day his first son, Anthony, was born and sold the trailer for £45 plus a cart, which he also repaired and sold for another £45.
And so began his journey to making gazillions of pounds.

One of the benefits of his massive wealth was the ability to amass a huge amount of land and property around The Laurels.
One of these properties is called Wootton Lodge. This impressive building was built in 1611 and stands in the valley, just over the hill from us.

Luckily (for us) a public footpath runs right through the middle of the lawn, so we’re able to see the place reasonably close up, although finding the footpath is a little tricky as they’ve made it as difficult as possible to see. 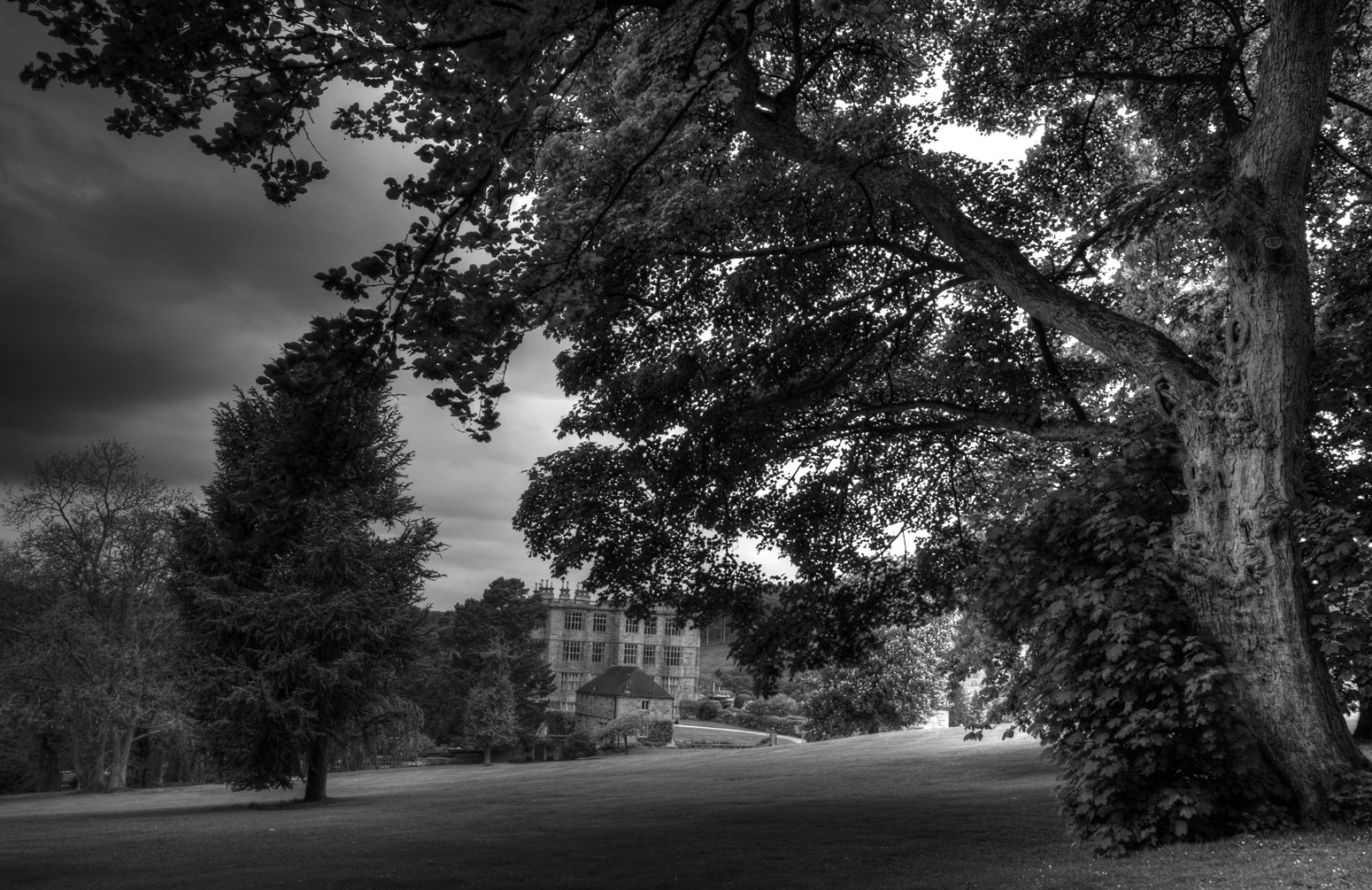 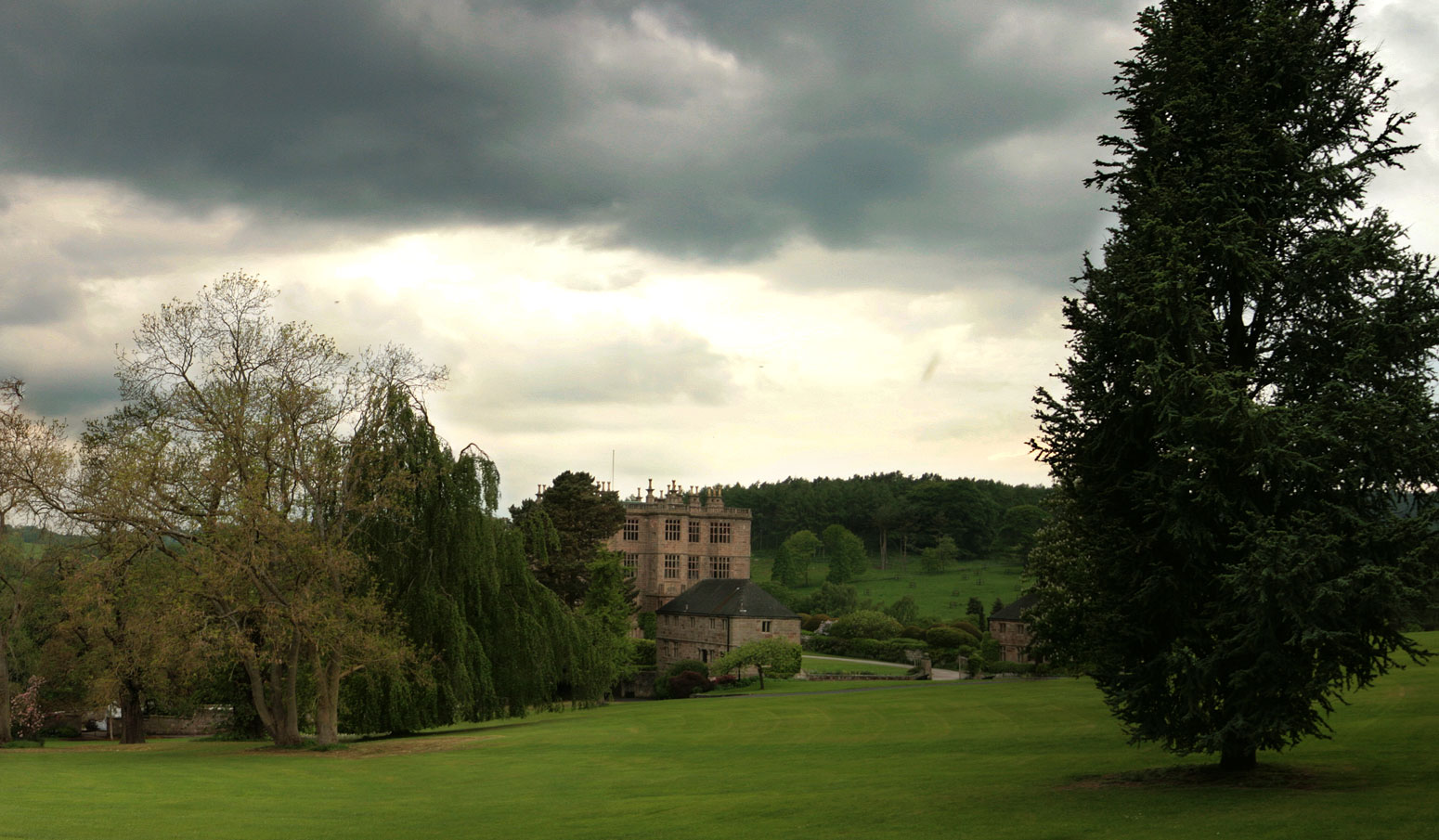 Of course, whilst you’re wandering across the perfectly manicured lawn, gazing at the enormity of the house and imagining you’re part of Henry VIII’s court, you’ll also be painfully aware of the number of CCTV cameras recording your every step.

I was tempted to stray off the path, to test the reaction time of the hidden army of security guards scrutinising us, but I guessed helicopters hovering overhead, with a SAS team parascending onto the lawn may spoil the tranquil mood somewhat.

Apparently this amazing house and many like it owned by JCB, are completely empty. The mind boggles….

We also wandered around part of the JCB test track. This is currently used, day and night, for testing the big yellow diggers, but was originally built by Joe for his two sons to go racing on. As I’m sure you can understand, I’m in no way jealous.. Oh no – not me. Not one bit!

Like other private race tracks, around the world, this one has a history of having some exotic stuff running around it and annoying the neighbours. Although, in this case, the neighbours are so far away, they’d have to be very easily annoyed.

The video below shows a Jaguar XJR9 being driven around it. This was the same 7 litre, V12 monster I saw win The Le Mans 24hrs in 1988. The noise it makes is just a joy, but that’s a story for another time.

← Drone Footage of The Roaches ← A Visit to Carsington Water